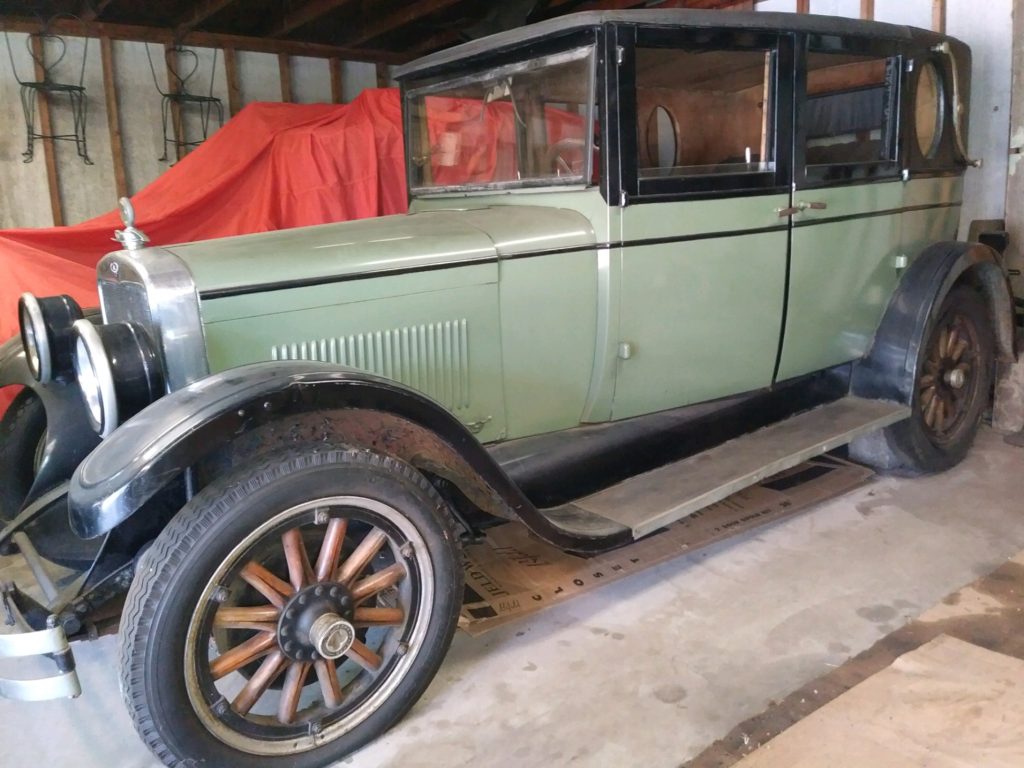 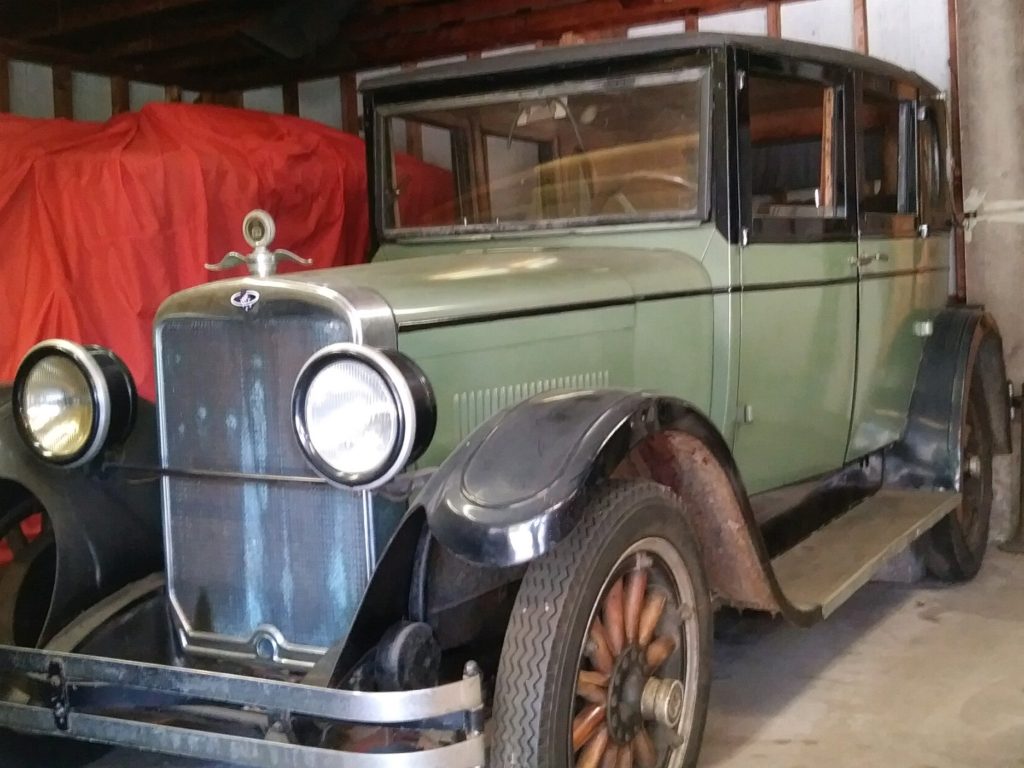 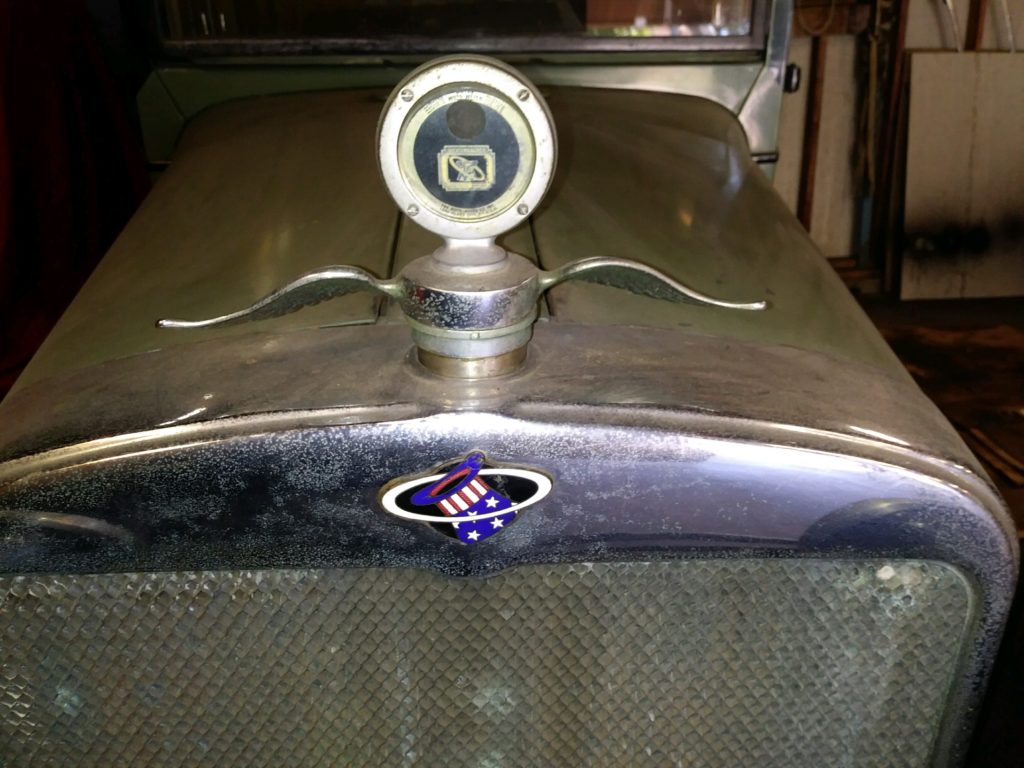 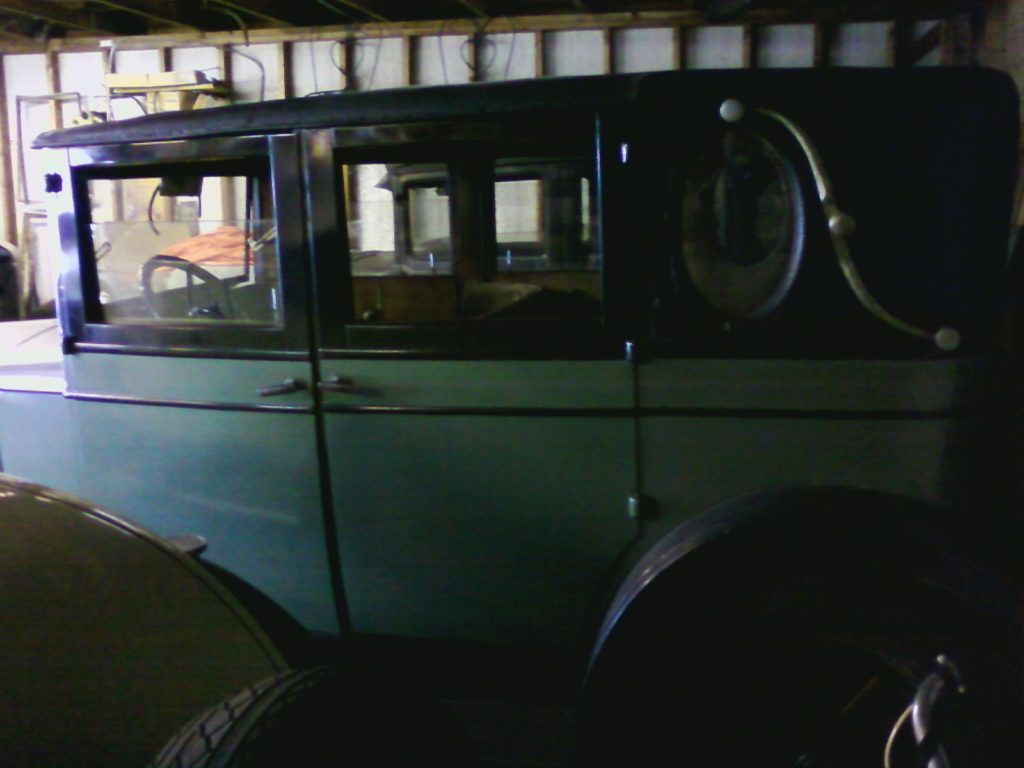 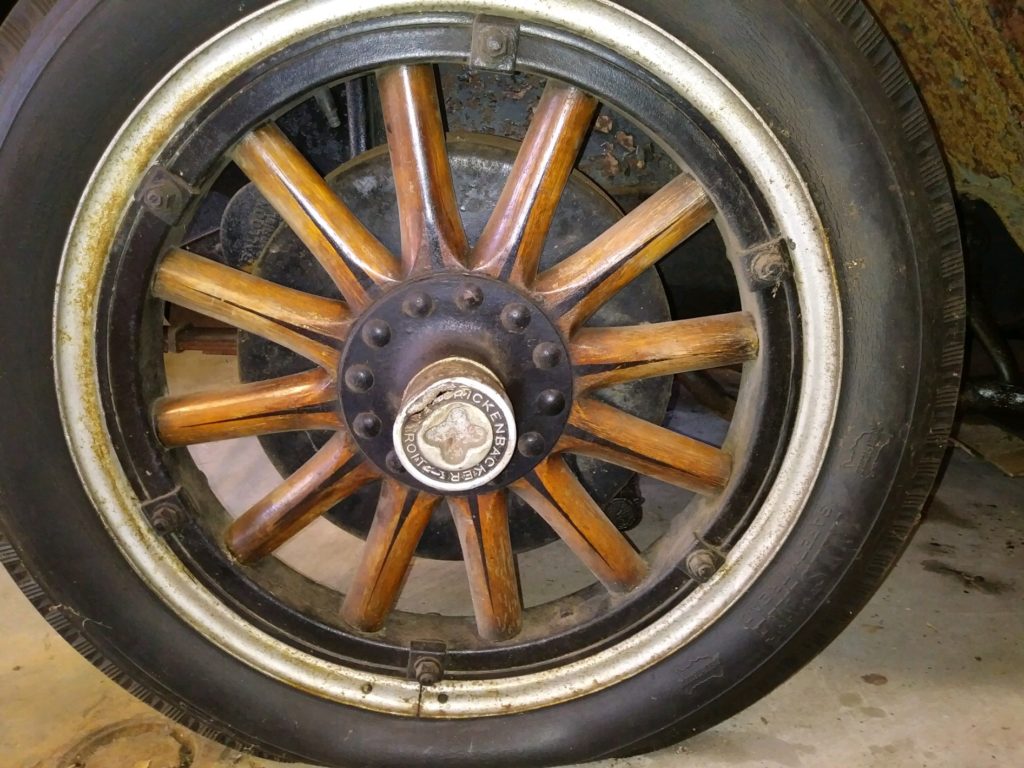 Dad and Mom, Clark and Maxine Smith, were early Rickenbacker Club members. They bought two Rickenbacker cars, which my family (my sister Dianne Smith Lawson, brother David, and I) inherited and still have.

An admirer of Col. Rickenbacker, our dad was intrigued by and bought the first of the two, a 1924 4-door sedan “parts car”, back in the summer of 1962 (when I was 5). It was found in Summersville, PA (in western Pennsylvania). Its remains had been sitting out behind a barn for over 15 years, surrounded by brambles, and was “pretty far gone,” just running gear, at most. The radiator emblem, which had dropped off and was face-down in the dirt, was salvageable, along with the hubcaps. I’ve been unable to get any ID numbers off it. Dad dreamed of finding another car (with a body), but instead found another car.

In the spring-summer of 1965, Dad bought our 1925 Brougham (engine # 42908, serial # D42839), from a high school shop teacher in Conneaut, Ohio, David Fields, who was driving it to school daily. At that time it had been drivable, but burned oil really bad and “smoked like a chimney.” It’s sorely in need of restoration. Its steering has been partially disassembled (from the steering wheel side) several years ago. The front seat’s upholstery's shot, and we’re in the process of replacing tires that are no good.

Mike and Sue McBride of Detroit, MI were active in initially organizing the Rickenbacker Car Club, and later in the 1960s we enjoyed a visit from and communication with them. Our family (Clark & Maxine, and boys David & Mark) attended the Rickenbacker Car Club meeting in Hershey, PA in 1969, and enjoyed meeting and fellowship with other club members. More recently, sister Dianne and I, visited the club meet at Mott’s Military Museum in Groveport, Ohio in 2012 and received the same friendly greeting. May the Rickenbacker Club always be so warm and kind as they have been to our family over the years