1904: Edward Vernon Rickenbacker’s first job in the auto industry was in 1904, when he secured a position in the engineering department of the Oscar Lear Automobile Company, builders of the Frayer-Miller.

1906: Only sixteen, Eddie was chosen as the mechanic on the Frayer-Miller, which ran the Vanderbilt Cup Race. The car performed very well at speeds in excess of 85 MPH, but blower trouble prevented it from qualifying.

1916: Eddie sailed for England to help rebuild the Sunbeam racing car, but in a few months, returned to the States because of the threat of war in Germany. The following Spring, he drove a Mercedes in the Memorial Day Race near Cincinnati. After the race, he joined the Army and became General Pershing’s driver.

1918: Captain Eddie Rickenbacker had many achievements during his service for his country. He was awarded the Congressional Medal of Honor, among many others.

1919: After the war, he set about writing a book, “Fighting the Flying Circus”, on his adventures. It was copyrighted in 1919. The book is very interesting and well worth reading, if you can find a copy.

From that time on, he worked on designs, for the car he hoped to build. Eddie had learned many concepts of automobile design while in Europe. Many of which found their way into the Rickenbacker cars.

July of 1921: The Rickenbacker Motor Company was incorporated in July of 1921 when Barney Everitt decided to start up another car company. He asked Eddie Rickenbacker for the use of his name on the automobiles and named Eddie, Vice President & Director of Sales, for the company. Everitt also asked longtime friend and businessman Walter Flanders to help get this car company off the ground. Everitt & Flanders worked together before with William Metzger at the EMF car company from 1908-1912.

August 2, 1921: The plan to build an automobile was announced by Eddie Rickenbacker, today in Detroit. The name of the new car is to be American Ace. Application was filed yesterday in Lansing, Michigan with an inventory of $5,000,000.

This was an unusually strong resource at that time. Barney Everitt, who was originally of the E.M.F., and who later owned the second largest body building company in the world, was to serve as President of the new company.

Walter Flanders was named as Director of Rickenbacker Motor Company. He also started out with E.M.F., later took over the then defunct United Motors and saved Maxwell and Chalmers.

Harry Cunnigham was Secretary-Treasurer. He helped Alexander Winton (Winton Motor Carriage Company) build his first car, and was chief assistant to Henry Ford when he built the old 999 race car. Later with E.M.F., he was consulting engineer, and with Maxwell-Chalmers, he was in charge of production.

Kay Hood, who was purchasing agent for E.M.F., and later with Maxwell-Chalmers, was named Assistant General Manager.

Carl Tucheror was chosen to be Production Manager. He held the position on the Liberty Motor during WWI, and the same position with Pierce-Arrow after the War.

These individuals, not only provided the technical organization of the company, but also most of the financial backing.

August 18, 1921: Eddie Rickenbacker bought the Everitt Brothers Body Plant, today for two million dollars. The plant, located on Harper Avenue in Detroit, is to be used as an assembly plant for the new car company.

Barney Everitt stated that the company could buy new machinery and material, and build the first units without going into the Red. This was highly unusual for a new company starting out.

August 21, 1921: Tool up is well underway, and the company should have no trouble in having an entry in the New York Auto Show, January 7th.

The plan was to build the cars at the Everitt Brothers Body Plant, on Harper Avenue, but Everitt feared that if the cars took off, its limited capacity, might be a hindrance to future profits. Therefore, they purchased the former Disteel Wheel Factory on Michigan Ave in Detroit, where 200 cars a day could be manufactured, and they produced a handful of prototypes, that would be displayed at the upcoming 1922 New York Auto Show. Everitt enlisted famed Detroit architect Albert Kahn to build them a new factory at 4815 Cabot Avenue, Detroit, MI.

The general public had yet to see the Rickenbacker prototype, but anything associated with Captain Eddie Rickenbacker was bound to be something extraordinary. The emblem for the car was taken from Rickenbacker's flying squadron insignia the "Hat in the Ring."

January of 1922: The first Rickenbacker touring cars, sedans, and coupes made their debut at the New York Auto show. The engine was a three main bearing six cylinder, 218 cubic inches, 58 HP with a speed of 60 MPH. The cars were vibration less with two flywheels at either end of the crankshaft. This was an idea Rickenbacker had come up with while flying over Germany. He had been amazed at the German planes maneuverability and on inspection of several engines, found a flywheel at the end of the crankshaft. Also, new on the Rickenbacker was an experimental chassis with four-wheel brakes. Few people paid much attention to this feature.

March of 1922: The factory was making 10 Rickenbackers a day. By May, the numbers had increased to 50.

Car makers who did not offer a four-wheel brake model claimed that four-wheel brakes were dangerous. This campaign hurt Rickenbacker sales slightly, even though there was nothing unsafe about the design. Two companies leading these negative ads were the Ford Motor Company & Studebaker. The main reason for these ads really had nothing to do with the safety of the brakes. Ford & Studebaker had thousands of chassis in stock with two wheel brakes and nothing on the engineering table to start building a car with four wheel brakes. The negative campaign was to slow down the selling of four-wheel braking autos until their stock piles of two-wheel chassis were used up.

For some reason, the Rickenbacker never quite got off the ground. In 1923, the death of Walter Flanders (automobile accident) who had been instrumental in the design of the Rickenbacker, had a negative impact on the company. By the end of 1923, production numbers were just under 6,000 models which was less than expected.

1924: Rickenbacker introduced the Vertical 8 Super-fine. This was indeed a fine automobile with a carbureted nine bearing L-head 268 cubic inch engine, dual ignition, dual muffler and the dual flywheel system. The price started at $2,195. Unfortunately, the Vertical 8 Super-fine was also costly to produce. By the end of 1924, the net profit for the company was dropping.

1925: Everitt was still determined to keep the company going and beefed up the horsepower on the six and eight cylinder models slightly. However, in July 1925, Everitt made a costly mistake. He dropped the price tag on the Vertical 8. This startled many dealers and stock holders in the company.

1926: At the New York Auto Show the Rickenbacker Motor Company deputed its new Super Sport Boattail Coupe for $5,000. They claimed it was the fastest production car to carry 4 people at just under 100 mph. Duesenberg, Stutz, Packard, and the likes had cars that could go faster, BUT they could only haul 2 people!! It's believed less than 20 of these cars were ever produced.

In September of 1926, Eddie Rickenbacker resigned from the company due to constant bickering and other problems. This would prove to be the downfall of the car that bore his name. Hearing of Captain Eddie's departure, other influential people in the company began to leave as well. Everitt was now pretty much on his own.

1927: Everitt made a last valiant attempt to keep the company going and announced that there would be 500 new cars available for 1927. In February, he was forced to give up. A total of 517 cars were made in 1927.

Rickenbacker's machinery and engines were later sold to German Industrialist and Danish Engineer, J. A. Rassmussen (whom also designed DKW, Das Kleine Wunder (the Little Wonder)). Mr. Rassmussen continued to use the Rickenbacker engines in his Audi Dresden Sixes and Zwickau Eights, between 1928 and 1932. 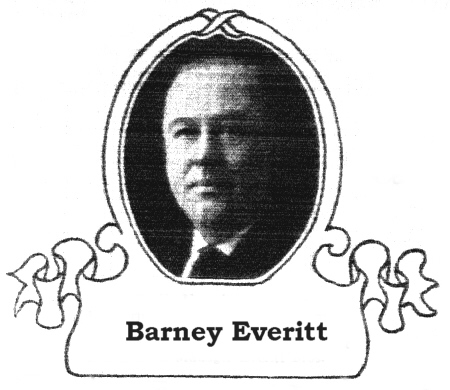 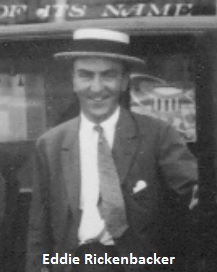 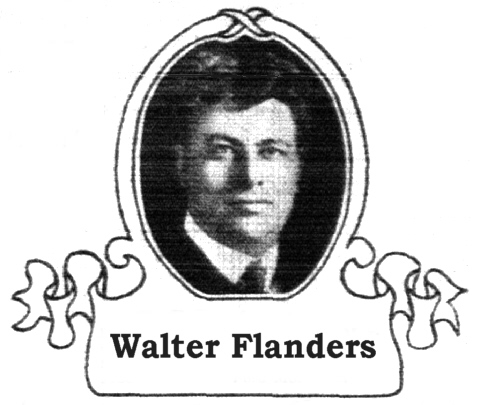