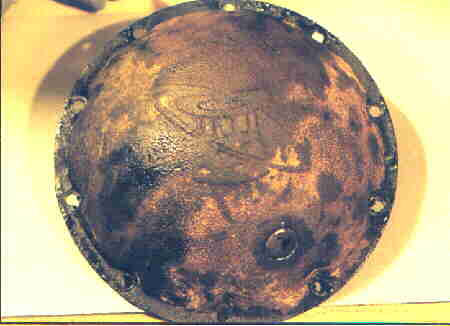 A very good picture of "before" I started doing my magic. As you can see it was very rusty and grease. You can just barely make out the "Hat in the Ring" logo which is stamped into the metal. 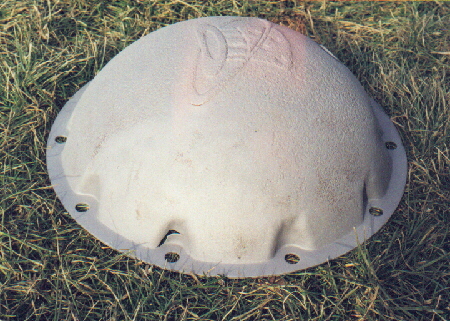 The second pictures shows the same rear end cover after a good degreasing and sandblasting. During that process many problems start showing up. The biggest and most surprising is the large tear in the metal just above one of the cover bolt holes. This hole had to be there from factory. It might have been patched with something that the sandblaster quickly removed. The other problem is the amount of surface rust pot holes. To get a mirror like finish all these holes must be filled before painting. This was done by plastic body filler and lots of hand sanding. 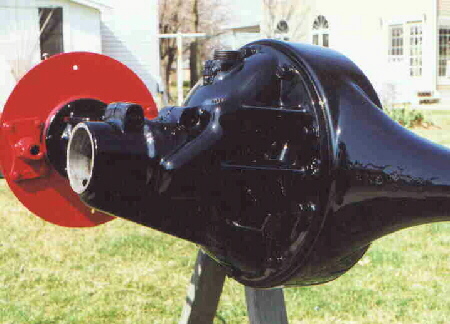 Now the next two photos show the whole rear all finished. I believe the pictures say it all.

You'll notice the end plates are painted RED: This was something Eddie requested in 1923 after he announced four wheel brakes would be standard on all Rickenbackers. He wanted them painted red so they would stick out and people would notice them. The brake drums and backing plates were only painted red in 1923. 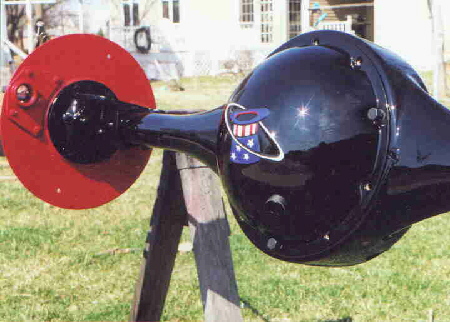 Now you can see why I'm calling this the
SWEETEST REAR END IN TOWN!!!!